“Don’t be afraid to be weak,
Don’t be too proud to be strong,
Just look into your heart my friend,
That will be the return to yourself,
The return to innocence.”

– Enigma, Song: Return to Innocence, Album: The Cross of Changes

There were lofty ideals, and then there were dreams that got lost. There were unspoken truths that strummed the heartstrings and there were white lies that the sands of time buried in its wake. There were unexplained tears shed for now-forgotten memories, there were euphoric laughs shared with now-long-lost friends. There were paper airplanes and stolen moments in D1 and D2. There were life-experiments and first-experiences. There were bunked classes and late night conversations. There were broken hearts and belated realizations. 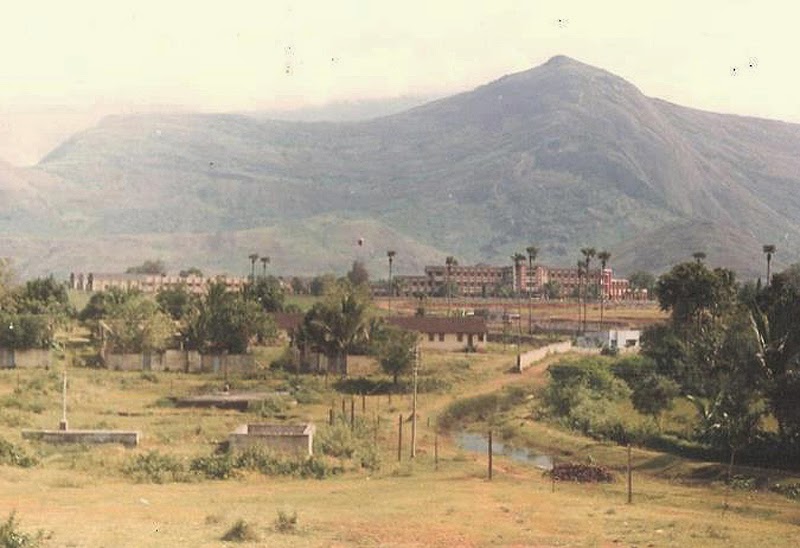 That was the high-life for us – the self-proclaimed kings and queens. And then there were none. We lived in a world without WhatsApp, Snapchat, or Instagram. We did not have the overwhelming urge to broadcast our every thought until we turned 23. We survived our teens and the bloom of youth without Google Chrome or 4G, without bitcoins or Siri, without Ola or Uber. Our smartphones had neither 8GB RAM nor 128 GB internal memory. Instead, we had Hutch SIM cards with 10 paise calls and night-time offers; we had SMS packs and an SMS language that threatened to kill written English. We played no candy-crush or clash-of-clans; instead, we whiled away our somnolent lectures playing Snake in our backbenches. Oh, and we sometimes passed notes and sent SMS to the frontbenchers, despite our seeming rivalry.

As the strong winds of Palakkad scattered our assignments all over the campus, little did we realise that the forces of nature were creating indelible memories. As the canine and bovine residents of the college campus ate up our hard work in surveying and levelling, seldom did we fathom that those quadrupeds were the hands of destiny, they survived and stayed in that palace, we could not. We, the self-proclaimed kings and queens, had to leave, eventually. Even the mud-worms inside the design kits of the digital electronics lab have a million stories to tell, stories in which we no longer hold any part.

In the midst of all this, there was this observer, who was a self-proclaimed outsider, stuck to the campus like a wallflower, enjoying the glorious saga that was unfolding in front of me. In the course of four years, as boys and girls metamorphosed into men and women, I saw hearts getting broken multiple times. I saw power-hungry kings and cunning queens being born. I saw idealists pursuing their passion and future managers climbing the ladders. I saw children losing their innocence as they partook of the forbidden fruit from the tree of knowledge. I saw hangovers and hazes. I saw twinkling eyes turn impassive due to disillusionment in the boulevard of broken dreams.

Somewhere amidst the colour coding of the resistors, we became adults. The VLSI kits acted as time warps thrusting us into the real world. Codes written in MATLAB gathered cobwebs, everything about Electronics forgotten as we moved into the mundane. When layers of dust covered the land of dreams in our memories, we passed on to the realm of obscurity through the looking glass, just like those who came before us, and proclaimed themselves kings, and queens, and just like those who followed us into the same realm. Over the course of the next eight years, this observer realised that she was as much an insider as anyone else. She felt the pang of nostalgia many, many times.

As lofty ideals turned to three square meals and payment of bills, the smoky vortex of a dementor’s kiss sucked the soul of our dreams, and heartstrings became irrelevant for the sustenance of our resurrection as reanimated corpses. As reality set in, lies came immensely easy to our lips as we were fighting for survival in the corporate jungle. White lies and unspoken truths got lost in the land of sycophants and hypocrites. In the world ruled by nepotism and favouritism, euphoric laughs and unexplained tears lost their innocence.
Then there is the second coming, the return to innocence.
* * *
In the beginning, there was innocence arising out of ignorance. The politics and the theatrics in college life shared an undercurrent of innocence unmarred by the struggles of the real world. It was a utopia with an organised structure, with timings and flexible deadlines, where most of us did not know the reason for learning Signals and Systems or any other subject, for that matter. Whatever we did had no purpose, but to graduate. For many, even that did not matter. They were there just because the flow of life had brought them there. Most of us had no idea what we wanted to do with our life or what we were supposed to do once we graduated.

Then, one snap of the witch’s fingers, and the time warp happened. We were 22-year old children thrust into an adult’s world, which was dog-eat-dog even before our arrival, but somebody failed to inform us the gravity of the situation. We realised that the first commandment says “Thou shalt not meddle with the deadlines” and that we could become broke and penniless any time. Second commandment clearly says, “Boss does not equal HoD or Group Tutor”. You cannot bunk and visit the canteen or meditate under the banyan tree. If you did, you shall incur the wrath of the Boss who will turn your life to a living hell. We saw the ugly faces of office politics, the aforementioned nepotism, favouritism and hypocrisy. The women among us saw how gender-bias works and how harassment in the workplace is widely prevalent even in the so-called women-friendly fields. Therefore, in this “real” world, you keep trying to analyse their game and make multiple attempts to find the rules of that game, until you ultimately realise that there are no rules.

People wear a thousand masks and this starts happening in professional as well as personal life. You ultimately conclude that this world is a hell-broth of chaos and anarchy. You might be the best worker, but no one would care. You might be the one entering the office first and leaving last, but it would not be of any significance. You might have played all the cards right but ultimately life would have disguised its cards till now, to reveal the royal flush it holds in the endgame. 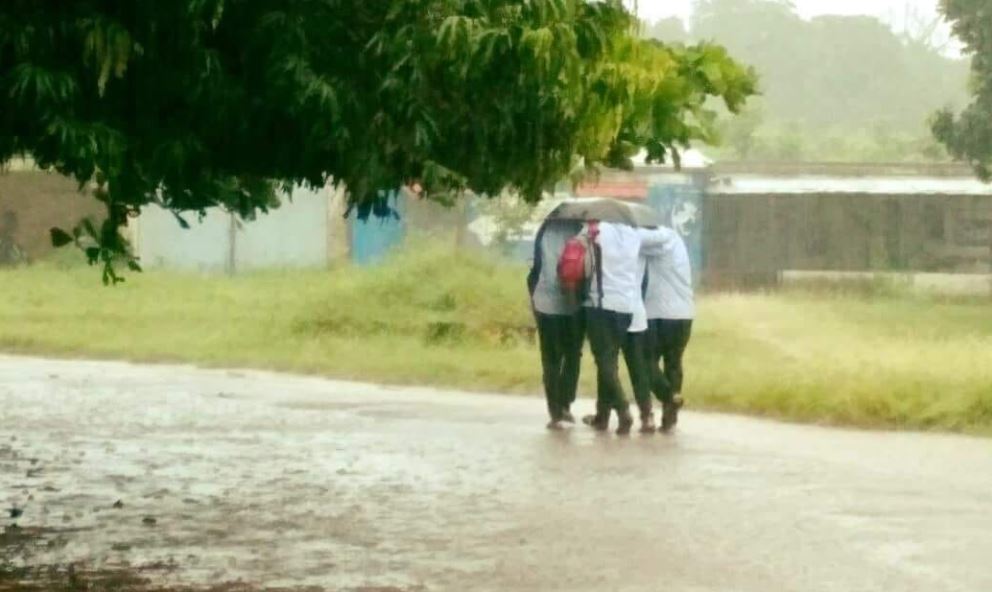 Then ultimately, you turn marginally insane and start quoting Macbeth:
“Life’s but a walking shadow, a poor player
That struts and frets his hour upon the stage
And then is heard no more. It is a tale
Told by an idiot, full of sound and fury,
Signifying nothing.”
– Macbeth Act 5 Scene 5, William Shakespeare

Who am I to contradict the Bard? Still, I attempt to find some significance to this idiot’s tale by defining a second coming, a return to innocence as the Enigma has sung. Many events in life trigger the inevitable breakdown that’s a prerequisite for this return. This happens mostly in the case of those romantic fools like this observer who feel an irresistible urge to ponder existential questions. And then the heart starts yearning and the head starts thinking, “If only I could start over in those halls, that campus, with the knowledge, street-smart and experience of the world I now have, I could do things differently. I could do better.” This leads to further pondering and ruminating over the past and imagined future while the moving finger writes; and, having writ, moves on.

Despite knowing the futility of such imagination, there comes a stage in the life of every man and woman when he or she feels an inevitable pull towards the familiar past, the pangs of nostalgia holding one’s hand and leading to the corridors of musty memories that witnessed our metamorphosis. These memories make us aware of what we were when we began our journey, thus gifting us much-needed resilience. This observer has realised that the strength of the roots defines the level of resilience. The stronger the roots, the faster your wounds heal and the stronger you bounce back to what you truly are. The initial innocence and the subsequent loss of it make the return to yourself even more powerful. Here and now, it is never too late to go back to your roots.

Iain Caldwell says in his novel, The Rule of Four, “Like all things in the universe, we are destined from birth to diverge. Time is simply the yard-stick of our separation.” So this was my humble attempt to take you on a cruise back to the time and space that we shared for four years in the journey of our lives. Hope the nostalgia soothes you like a warm salve and heals whatever scars the bumps of life have inflicted upon you. This observer takes leave with one thought: The Japanese secret to a long and happy life called Ikigai – a reason to jump out of bed each morning. So friends, fellow NSS-ians and Countrymen, may this journey back to your innocence help you find your Ikigai.