The fabric of prosperity and growth of every successful nation across the world, is woven around Small and Medium industries and every SME, invariably is the brain child of the entrepreneur.The entrepreneur sits at the pivotal center of such startups because it is he, who dared to chase his dream with an intense desire to convertinto reality. The economically thriving nations are perfect examples of how effective utilization of entrepreneurship can create precious wealth, by promoting the valor, expertise and enterprise of passionate entrepreneurs. The credit largely goes to the vision and willingness of the leadership of these countries to identify entrepreneurship as the backbone of their economy. SMEs are the engines that drive healthy economies and are champions of innovation and growth.

Entrepreneurship helps to create a large number of job opportunities at relatively lower investments, as compared to big corporations and multinationals, who invest huge capital. However, the employment to investment ratio of such MNC’s are usually much less than that of SMEs.

Entrepreneurship helps to de-centralize wealth to maintain a healthy wealth and population balance between urban and rural areas, especially in large and developing countries like India, where the majority of the population lives in villages. Rural entrepreneurship helps to retain the workforce and trigger economic growth in villages which can control migration to the cities to quite an extent.

The aspiration of every socially conscious and responsible professional and individual has to be towards building, or being part of an entrepreneurial establishment that adds value to every stakeholder involved with it -the investor, the employees, the customer and the society at large. If the economy is in the possession of a few favored hands, it leads to crony capitalism and accumulation of wealth to a micro minority, who ultimately end up controlling the market. If this has to be kept in check, then entrepreneurship is the answer.

There is a misconception, among atleast a few socialists and some humanists, that all richness results in malice and has to be opposed, while in reality this carries little substance. It is only wealth which is created by people who hold or can manipulate large capital by exploiting the underprivileged is malice and has to be defeated, while wealth created by entrepreneurs using legal, moral and ethical means has to be encouraged and supported. A major part of the thus created wealth gets distributed in the society in the form of salaries, wages, taxes and payments to utility and support services while only a small percentage of it is retained in the system.

Entrepreneurship is all about identification of opportunities which could be transformed into a profitable proposition by marshalling the resources. However, it can only flourish with the support of a conducive ecosystem and that includes the support of the government.

An entrepreneur is usually a passionate individual with a high level of motivation,   experience, skill and the ability to take huge risks. It is the responsibility of the state to identify, protect, promote and extract the services of such entrepreneurs for the benefit of the state itself. In India, there are more than 55 million small and medium units, which drive the economy through manufacturing, trade and services creating employment to a large majority of the national work-force. These are mostly startups initiated by entrepreneurs. In the case of MENA (Middle East and North Africa region), SMEs make up 90% of the total registered companies. The World Bank has seen that SMEs have the potential to contribute about 40 percent of the GDP in emerging economies, while in the first world countries they account for 51-60 percent of the GDP.

When a startup is launched and established, it is not only the organization that gets benefitted but alsoits investors, employees and customers, all becomes its direct beneficiaries. Apart from this, there is also an auxiliary growth that gets triggered around the organization. Schools, hospitals, transport companies,  cinema and recreation centers, barber shops, restaurants, catering companies and groceries are all indirect beneficiaries from this startup. It is estimated that the indirect employment is usually about four times more than the direct employment and this makes entrepreneurships and startups all the more important. ‘Society flourishes when people start thinking entrepreneurially’.

‘Darsana Consult’ is a concept which has been under discussion for some time now. It has huge potential looking at the skill, talent, experience and global presence of its members at every functionallevel. However, those discussions are yet to gain as much momentum as one would have liked, probably due to the missing links, that need to be addressed and galvanized.

‘DarsanaRe-build’ is one such endeavour which has taken off well, and also has the potential to be scaled up. In the process of building homes for the poor and needy, using alternative and green construction techniques, employment is also generatedon a large scale. Many similar ideas can be conceived and executed by Darsana. 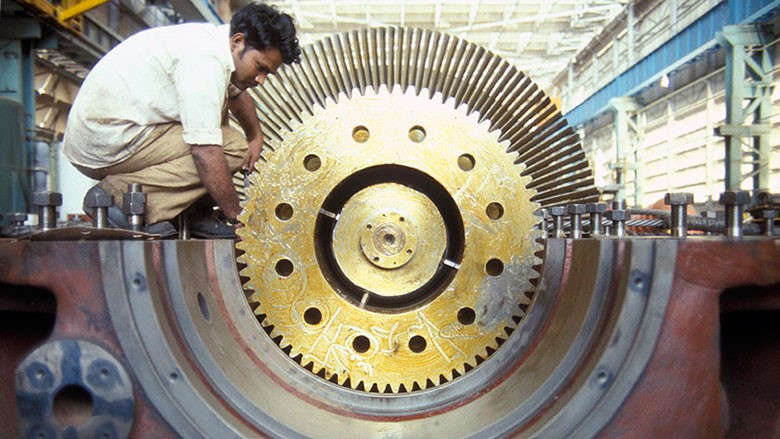 The world has seen drastic changes in the last 25 years, perhaps more than ever during the same period in the history of mankind. In the olden days, only the super rich who had large capital resources and investment capability could enter into business ventures. Today, however, the situation is different. Most of the successful businessmen of today are first generation entrepreneurs, who have started from scratch and have succeeded due to sheer determination, desire and innovation. The future is going to be even more unpredictable with changes occurring at an unexpected pace. These changes though, need not be viewed with anxiety. Every change will unfold new opportunities.

Considering its immense technical strength and expertise, the Darsana charitable society, should focus more on entrepreneurial ideas and projects, which can create employment to the work-force thereby contributing to the economic growth of our state. Scholarships, cash awards and financial supports through member contributions are all fine, and have to be encouraged and continued, but let us bear in mind that these are the forte of every socially committed organization, big and small.