In ancient times, locally available materials and techniques were mainly used for the construction of Residential buildings. During that period, only rich families could construct good houses.  They were used to construct big houses with strong and durable materials in vast land extending over 2-4 acres.  Stone, Timber, Tiles, lime etc were the main building materials used during that time. They could construct large and strong houses having, strong and wide walls made up of laterite/brick/granite.  Doors and windows were made up of thick wooden components.  Tiled roof with good quality timber for rafters, wall plate ceiling etc were used. In those periods, persons who wish to construct houses, used to identify good carpenters, and proceed the work with carpenters. The middleclass families were living in small houses having wall with stone or brick and tiled roof without ceiling, whereas majority of people were living in huts without solid wall, roof made up with coconut leaves/ paddy straw or hay, without safe doors/windows, and sanitation facilities. The traditional building materials were replaced by Cement and Cement Concrete, after the invention of Portland cement. Thereafter, Cement Concrete becomes a main construction material. Later, number of Lab experiments and analytical studies were conducted to understand the effect of reinforcement on the strength of plain Cement concrete. It was found that reinforcement is quite capable of taking tensile stresses developed in a plain concrete member and thus Reinforced Cement Concrete (RCC) emerged as a popular construction material. RCC started in the building industry from the beginning of 20th Century (Worldwide data). In our country, by the middle of 20th Century, RCC used mainly for construction of Roof slabs, floor slabs, Beams, Columns, and lintels. Civil Engineers got a predominant role in planning, analysis, design, and construction stage of RCC structures, throughout the world. The main advantage of Concrete was ease of construction, flexibility in fixing the dimensions of building components like beam, slab, and size of rooms. Buildings with large rooms, more height than traditional buildings could construct with RCC. Whereas Thachan’s (Head of Carpenter’s) knows the building construction with rooms having small size and less height only. Since Concrete replaces several wooden components, role of carpenters reduced considerably in the construction field. 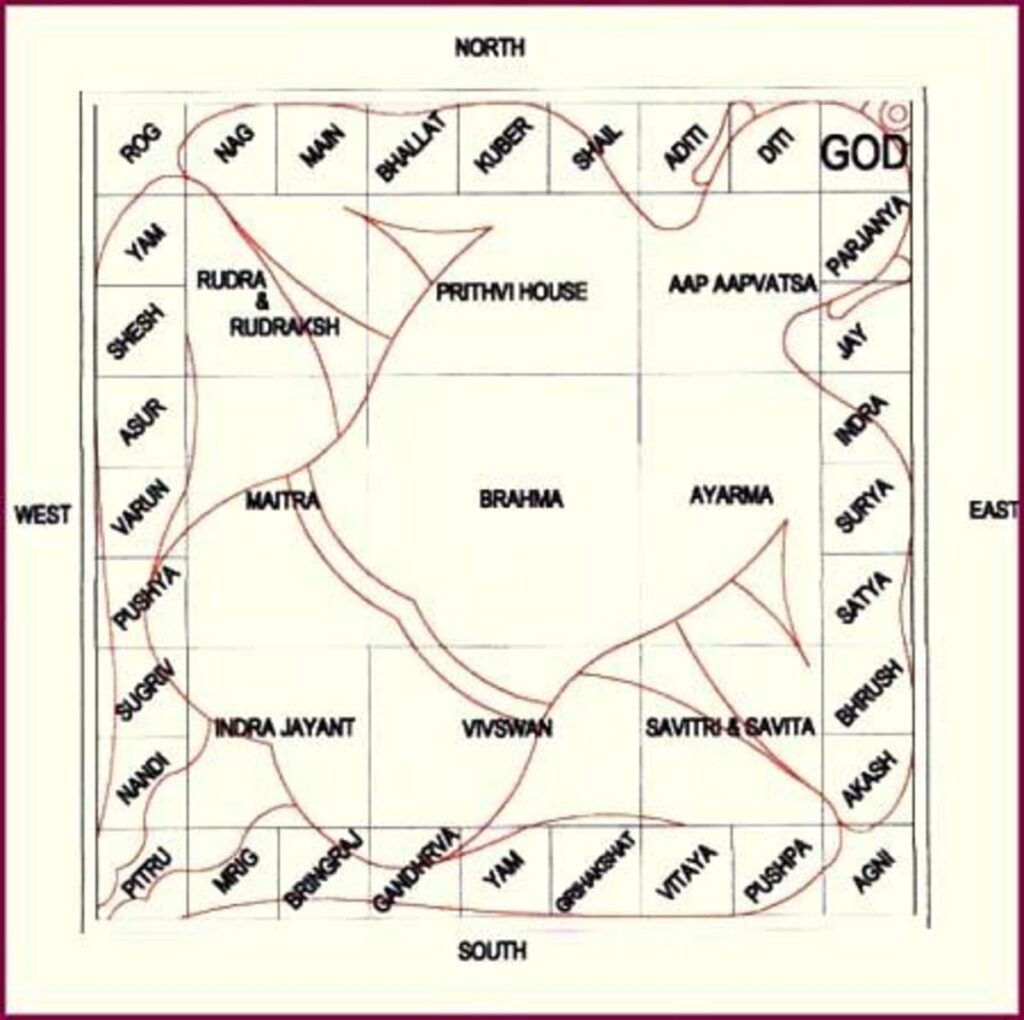 Construction of RCC residential buildings increased considerably after mid of twentieth century. Civil Engineers were in the forefront for all such construction activities. In the beginning of concrete buildings, comparatively small sized residential buildings were constructed. Hence Vaasthu people were not having any specific role in construction of such small buildings. This trend continued for a long period. However, after a long gap, during mid-nineties, new generation of Vasthu people entered in the building construction field of RCC buildings. In the beginning, their role was limited in the construction of new Temples, Renovation of old Temples etc. Later, they extended their presence in new residential buildings located near Temples and gradually for all type of buildings. In the beginning, peoples authorized them only for the setting out process. Gradually they started drawing the plan of residential buildings. However, Vaasthu peoples don’t know how to prepare the complete set of drawings (Plan, Section, Elevation, Site plan, Perspective view, Location Map), needed for getting the approval from the concerned authorizes and also for executing the work. Only Civil Engineering students are studying these details. Vaasthu peoples entered in this field and increased their role by exploiting the belief, faith and superstition among peoples.  For spreading superstition among the peoples, they seek the help of ‘Jyothishi’s also. Vaasthu Peoples and Jyothishi’s jointly started to impose the requirements for our houses! As a result of this, the job opportunities of Civil Engineers reduced considerably during the last 15-20 years. 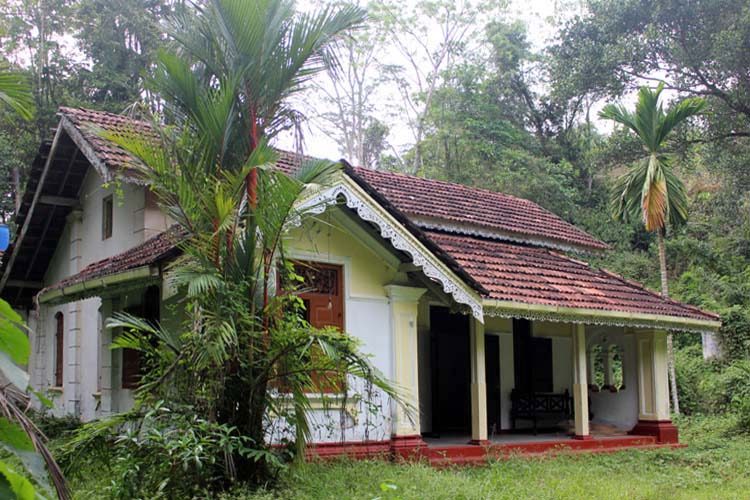 Sites most suitable for building construction were described in detail, in most of the building construction textbooks and these books are available in every Library of Engineering Colleges. People wish to construct houses has to purchase levelled plots or plots lying at the same level of existing road. If such plots are not readily available, plots situated at higher levels than the roads can also considered. It is always better to avoid paddy fields, waterlogged areas, low lying areas, plots very near to the water bodies, steep terrains, plots near to the Railway lines, important roads etc. Factors to be considered during the selection of site are teaching in Civil Engineering Programs available in the Engineering Colleges.  Engineers should inform these details to the proposed purchaser.  Nowadays, a lot of methods are available to improve the soil present in the site, if the existing soil is weak. However, Vaasthu peoples are not considering these factors and they will recommend the owner to perform “Earth Pooja” instead for solving any issues related to the site.

Drainage: – Direction of natural flow of water must be considered while purchasing the plot and during the planning stage of residence. It is to be noted that diverting the direction of flow of subsurface and ground water are very difficult and hence better to avoid places suspected to be having large water flow at shallow depths.

Light and Ventilation: – For entering morning light directly from the sun into the house, it is recommended to place the Kitchen on the East side or North- East side of the plot. Moreover, in Kerala, for getting sufficient wind, especially during summer, it is better to position the master bedroom in the South-West side of the plot. These practices were followed since long period. Vaasthu people were also following this practice, however they connect this knowledge with the prevailing superstitions among the minds of human beings.

Septic Tank/ Soak pit has to be constructed at least 15 m far from the adjacent wells, even from wells of neighbors. This 15 m distance may vary depending up on the permeability of the soil, which in turn depends on the type of sub soil (Sandy soil, Clayey soil, Silty Clay etc.) present between the well and septic tanks/soak pits. However, the Vaasthu people are deciding the location of well, without considering the type of sub soil.

Face of building: – Civil Engineers will always prefer to construct the houses by facing towards the Road.  Road can be on any side of the plot (North, South, West or East). Whereas, in earlier days, Vaasthu people would compel the owners to face their residence either towards East or West, so that they will receive enough wealth at the end of construction. However, later Vaasthu peoples also joined with the opinion of Civil Engineers in this aspect, i.e the building has to face to the Road, regardless it is in North or South side of the plot.

Size of building and Rooms; – Plinth area of the building and Size of each room were usually decided by the size of the plot, which in turn fully depends on financial capacity of the owners, budget availability for house construction, availability of loans etc. Usually the factors like aspect, prospect, roominess, circulation, and privacy were considered in deciding the relative position of rooms during the planning stage. Size of furniture has also to be considered while fixing the size of rooms. It has to be noted that Vaasthu practices have no role in these things.

Units and Dimensions of various Rooms:– In Engineering Colleges as well as in Govt Departments, Engineers are following the units like Meter, Centimeter, Milli meter etc for all linear measurements. However, Vaasthu peoples are still following the old units like feet, inch, finger, kolu etc.

Loads and Strength of Materials :- Scientific methods to fix the size of  various building components like beams, columns, slab, foundation structure, basement, wall, doors and windows, flooring, staircase, water tank, septic tank, lift well etc were described in detail in the Text books of Civil Engineering. Magnitude and direction of all possible loads expected to act over the building throughout the life period has also to be considered in load analysis. Type, magnitude and distribution of stresses induced in various components of the building has to be determined to design various components of the building. Strength of materials used has also to be considered to design components like column, beam, and slab in addition to the load. For fixing the type, depth and size of foundation, knowledge of Physical, Mechanical and hydraulic properties of soil such as Density, Shear Strength, Compressibility, Permeability etc and Position of water table, Topography of site etc are required. 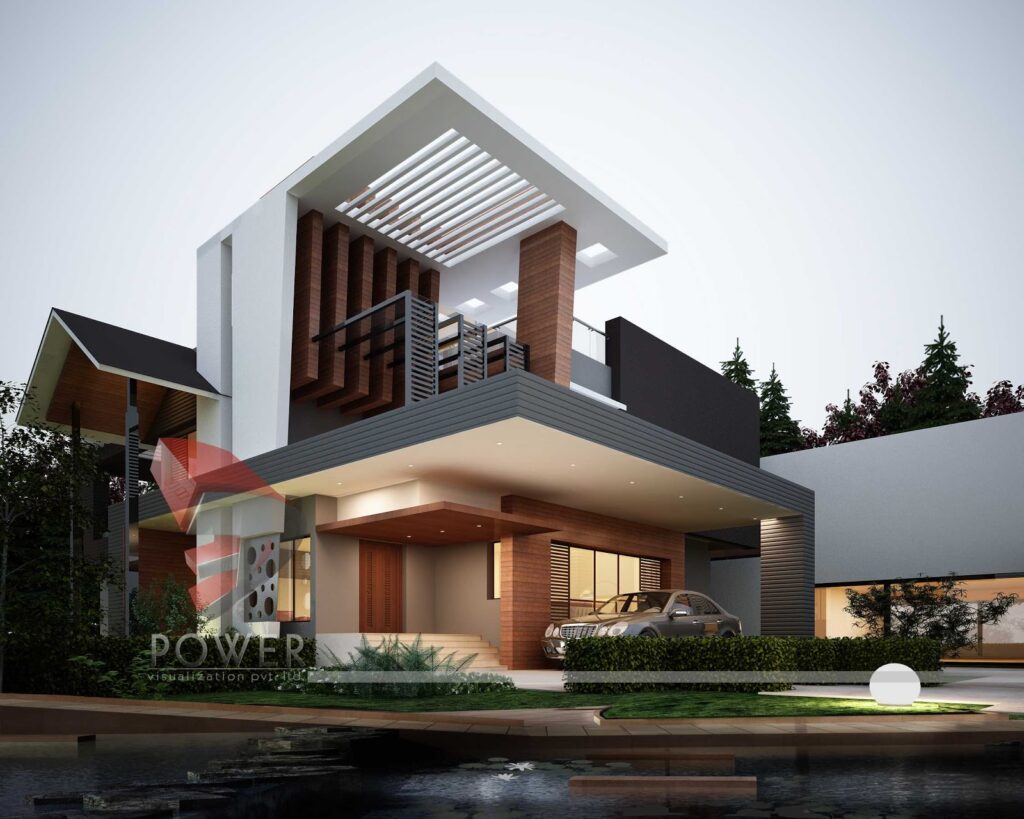 Even in a comparatively small State like Kerala, the magnitude and direction of wind, intensity of rainfall, position of water table, topography etc are different in regions like Coastal areas, Midland, and Hilly areas. These factors are also required to be considered during the planning stage. However, Vaasthu peoples never consider these aspects in their design.  Moreover, Vaasthu ideas are different in various States. which indicate that Vaasthu is not at all a Science.

Over the years, a large number of building materials (Structural Materials, Finishing Materials etc) and construction techniques were developed. Civil Engineers/ Structural Engineers/ Geotechnical Engineers/ Academicians, Research Scientists etc working in this field were responsible for all these developments. These developments were not taken place at once, but through continuous observations and experimental works of several peoples. Data obtained from field observations and experiments (Laboratory and Filed) have to be compared with the Analytical /Numerical data’s for getting reliable results and correct conclusions. Thus, present developments in Civil Engineering (Theory as well as Practice) are happened through continuous and rigorous efforts of thousands of people worked over several years. However, the principles of Vaasthu are rather philosophical, having no experimental validity, practicing without any scientific proof, research and modifications and hence Vaasthu cannot be considered as a Science.