Abdulrazak Gurnah, winner of the Nobel for literature in 2021, has passionately dealt with the topic of forced displacement, exile, and abandonment in his writings.   A refugee from Zanzibar, who fled to UK in his teens to escape the persecution of colonialism, Gurnah studied at the best universities and became an authority in post-colonial literature.  The Nobel committee appropriately attributed the award to his “uncompromising and compassionate penetration of the effects of colonialism and the fate of the refugee in the gulf between cultures and continents”. 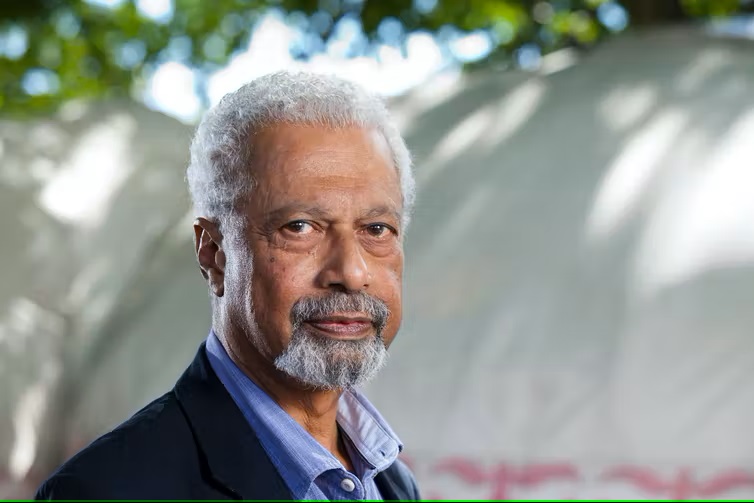 I had not read (or heard) of Gurnah before the Nobel prize and got hold of “Afterlives” first and then “Paradise”. Paradise was published in 1994 and was nominated for the Booker prize. Both these novels, loosely connected, have a simple narration style and poetically describe the crushing impact of war and occupation.  The natives who get violently uprooted from their simple livelihood and culture, forced to flee into oblivion and becoming victims of a game in which, they have no role or control. However, unlike Chinua Achebe’s Africa, where “Things fall apart” after the arrival of the Europeans, Gurnah’s Africa remains a paradise and its natives have afterlives where they find kindness, care and love.

Set in early 20th century Africa, Paradise tells the story of Yusuf, a young boy living in abject poverty in a fictional town called Kawa. He is forced to survive on bone soup most of the time. However, the loving presence of his mother and the affection of his father makes his impoverished survival bearable. This monotony is broken occasionally by the visit of his affluent uncle Aziz, who brings in a whiff of luxury and worldly pleasures. His visits helped the family improve their prestige in the community. During one such visit, Yusuf’s father asks him to join his uncle and explore the world. He is excited about the journey without knowing that he was bidding farewell to his parents for good. He joins Khalil to work at Uncle Aziz’s business and slowly realises that he has been pawned to Uncle Aziz in return for the money owed by his father. A new chapter starts for Yusuf as a slave.

The next phase of Yusuf’s life starts when he joins trade trips with his uncle. The caravans travelling through the interiors of the country to unknown places, tribal traditions, cultures, and belief systems exposes him to the savage ways of life. Already on a boil from fierce competition between European and English colonisers in pursuit of the African riches makes the sojourn dangerous and life threatening. Gurnah describes how the internal conflicts and hierarchies had readied the pitch for an overrun by western imperialism. An all too familiar story for Indians, where warring kingdoms made it easy for the East India company first and then the marauding English colonisers. The story of a rotten system being easily run over by imperialism.

Paradise ends with the impending World War 1. The country is taken over by Germans, conscripting locals as their soldiers (askaris) to fight and kill the native population, who have resigned to their fate, partly in awe of the occupiers and their power to create destiny. Ultimately what choice did the natives have?

Afterlives, which is published in 2021, picks up from where Paradise ends, just before the first world war and spans 60 to 70 years covering the two world wars, defeat of the Germans, colonisation by the British and the independence. The story happens in Tanzania and is told in four parts.

Part 1 opens with Khalifa, whose father migrated to Africa from Gujarat. Khalifa worked as a clerk with Amur Biashara, a businessman. German administrators brought in new regulations for conducting business and Khalifa helped Amur with these. Unexpected death of his mother causes Khalifa to return to his hometown. Back home he finds his father too sick from Malaria and soon dies. He returns to the town feeling like an ungrateful and worthless son. Shortly, Amur offers his sister’s daughter in marriage to Khalifa. He presents it as a goodwill gesture for being loyal and trustworthy. Khalifa suspects some hidden intentions but agree. Very soon he discovers from Bi Asha, the bride that she had inherited a house which was pawned to Amur by her father and Amur wanted to secure the control of the same while getting rid of his responsibilities to her. 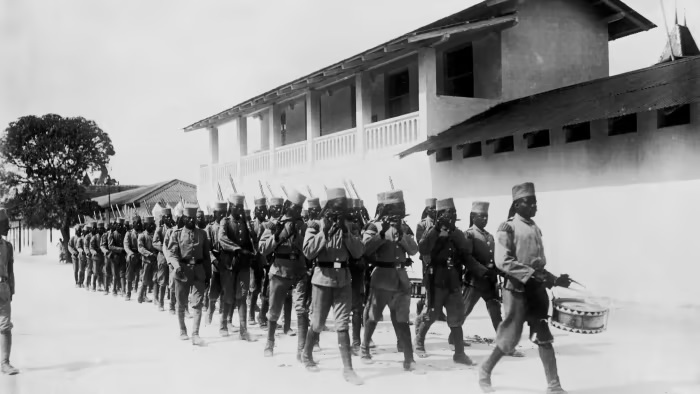 Ilyas, abducted as a child by the German troupes returns after many years with a recommendation letter to work at a German firm. He befriends Khalifa, who advises him to find out about his family. Back in his village, he finds that his father and mother are no more, and his sister Afiya has been given away to foster parents. Ilyas finds his sister, living a slavish life and takes her with him. However, after a short period he joins the German army and Afiya is forced to return to her foster parents, back to slavery. As it becomes unbearable, she reaches out to Khalifa, who readily accepts her in his home.

Part 2 opens with the story of Hamza, who had run away from his uncle’s bonded labour and joined the German army. The connection between Hamza and Yusuf of Paradise is made towards the end of part 3, where he narrates his story to Khalifa. Hamza goes through a miserable existence in the Army as a batman to the German soldiers and is subjected to sexual violence. The ways of the German troupes were brutal, inhuman, and humiliating. This section describes in detail the marches by the colonisers crushing multiple uprising across east Africa, al Bushiri and Maji Maji to name a few. Hit by multiple rebellions, the German command saw that the uprisings cannot be crushed by military means alone and went on to humiliate and starve the people into submission. They burned villages, trampled fields, and plundered food stores. Since the objectives could not be met by subjugation alone and to ensure the wellbeing of the settlers, they built hospitals and schools along with churches and colonnades. Hamza gets severely wounded in one action and is rescued and nursed back to life by a pastor and his family. He deserts from the Army and returns to his unrecognisable village, empty handed, broken mentally and physically.

Part 3 and 4 narrate how Hamza now 24, rebuilds his life. He gets employed at Nassor Biashara’s workshop and joins Khalifa. Though initially bitter, Khalifa’s provides him shelter and care. Days go by and Hamza finds love at Khalifa’s place in Afiya and they get married. These become the best days for the two. However, the horrors of war and the trauma doesn’t go away for Hamza, who continues to have nightmares. The couple have a son Ilyas, named after Afiya’s brother. As the story concludes, Ilyas moves to Federal Republic of Germany and finds a job there with the state broadcaster. He also finds out that Ilyas, Afiya’s brother was executed for breaking the Nazi race laws. 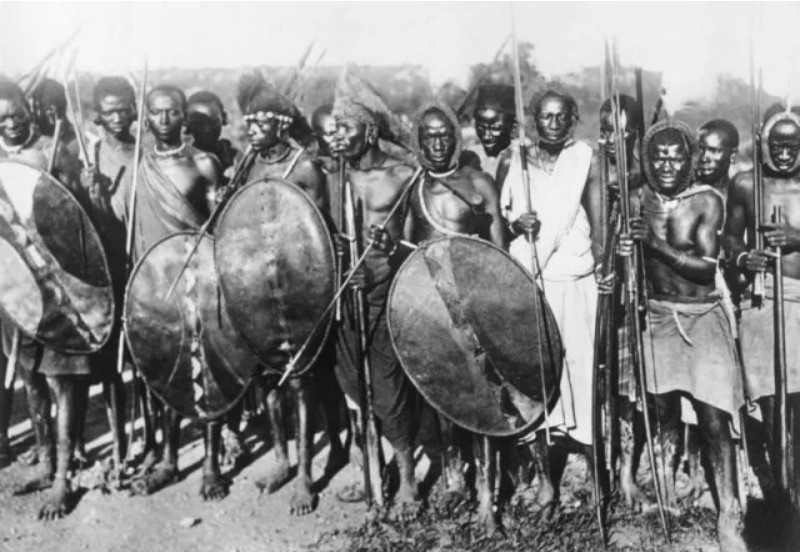 Afterlives beautifully narrate the two lives in the African continent. One, that of the occupiers, their racist and inhuman means and the other of the natives, ravaged and brutalised by the war and how in the midst of all the trauma and sufferings, they find care and love and rebuild their afterlives. The story of Hamza and Afiya, both abandoned in their childhood, pushed to drudgery and misery, is a story of hope for those who have lost it all.

For centuries, Europe imagined itself to be the masters, conquering and trying to shape the rest of world based on its beliefs, values, and culture, wreaking havoc and genocide. Stiff resistance from the natives combined with the economic and political conditions in the post war world forced the decolonisation process. Rise and fall of fascism and the shock it delivered caused major powers like Germany to demilitarise and follow a policy of pacifism. The global order moved on beyond the cold war era to a unipolar world with US as the only superpower, imposing its will over countries and regions. The rise of China as a power to reckon with and the recent invasion of Ukraine is once again pushing the European region towards militarisation and forming a block against the purported threat from the Sino Russian forces. Amid these turmoil, displacement of all hues continues unabated, keeping the story of Yusuf, Hamza, Afiya and Ilyas relevant for all times.