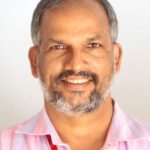 Darsana is a registered charitable Society formed by a group of progressive minded students who passed out of NSS College of Engineering, Palakkad. We uphold the left ideology and believe in a just and equitable society. Dr. Suresh Kumar M G is an esteemed member of Darsana since inception and is the President of KSEBOA.

From various Media reports, it has come to our notice that Dr. Suresh Kumar M G has been suspended from his services in KSEB. The reason as understood from these reports is that he called for a strike in violation of the dies non imposed by the Chairman of KSEB Board, Dr. B Ashok, IAS. It is ironical that such a suspension is happening in a state governed by a Left Democratic Front (LDF). LDF and its leading party CPI(M) as we understand has always stood for unionisation and the rights of union to go on strike to press for their just demands. Additionally, dies non as a policy is antithetical to the basic left ideology. Given these circumstances, Darsana is convinced that the actions of the Chairman are driven by his own personal motives and would like to believe that this is not in consonance with the ideology of LDF, which is governing the state.

We strongly condemn the vindictive action of the Chairman of Board, KSEB, express complete solidarity with Dr. Suresh Kumar M G and call for immediate remedial action from the Government of Kerala.